11th May: In contrast to the preceding day in Bandon, the sun shone over Blackrock Castle as we met with the Archdeacon for a loop walk around Lough Mahon and Blackrock. Adrian, of course, was the inspiration for these walks as he had set the template with a 5 KM walk in Douglas every day in January. The power of Bishop Paul’s Twitter account was evident when a former colleague based in Kildare saw the Bishop’s tweet and travelled to Douglas to support us in the walk. 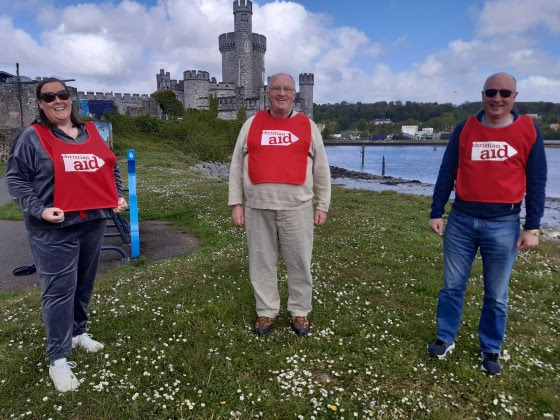 In Douglas Union of Parishes with Frankfield

12th May : Our walk today brought us to the Carraig Centre in Ballincollig, a town with a  population of more than 18,000 souls. Robert Ferris showed us around the most impressive Carraig Centre, a community centre as well as a centre of worship and clearly a  source of great outreach.  Robert walks at a quick pace but at least we stayed on the flat. 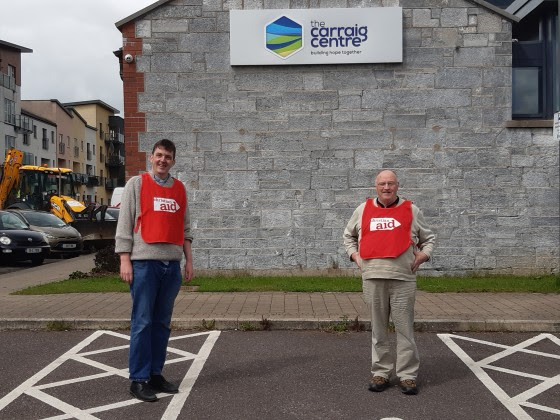 13th May: Having left Mallow Union of Parishes in December, it was heartening to attend Rev Meurig William’s  first service on Ascension Day, to greet old friends and receive significant support in our fundraising campaign. The requirement of the campaign is that we walk 5KM in each centre.  Climbing (another) hill I asked Meurig why he had chosen this route to be told me ‘I’m from Wales, what did you expect?’ Touché!

14th May: No walk today but received the second vaccination. After 15 months of Covid the atmosphere with the over seventies in the surgery was buoyant, DG .

15th May: ‘Did you know that Dunmanway is the second wettest town in Ireland?’ ‘No, I didn’t, but now I do!’

Greeted by a great crowd in Dunmanway. As in Mallow, it was great to see old friends even after 7 years. Cliff, as ever, had everything organised including refreshments, courtesy of Susan Salter,  mid-way through our walk. While it would be invidious to mention any specific individual it was great to be able to pass by and be greeted by Sue Hegarty. Once again we experienced generous support for our campaign which more than compensated for the torrential rain! 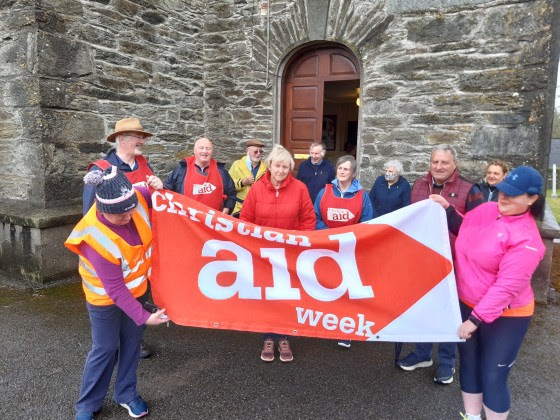 Contributions; By the end  of Week 2 we have just passed the initial target reaching  €5050.  Planning this campaign, we had initially discussed a target of €10,000 over the 22 Parishes. Not knowing what the response would be in the Covid era, a figure of €5,000 was advertised as a target Fortunately the response has been very positive and we hope to build on this over the remaining two weeks of May.